About
Contact Info
The Cumbrian Railways Association is the county's railway history group, founded in 1976.

We are interested in all aspects of the railways of Cumberland, Westmorland, Furness and north Lancashire, the 1974 county of Cumbria (and their adjoining areas), from the beginnings to the present day. Their history is remarkably diverse. Locally promoted lines, such as those from Carlisle to Newcastle and Maryport in the 1830s and 40s, were soon linked into what became the West Coast Main Line when the Lancaster & Carlisle Railway (later LNWR) and the Caledonian Railway opened their lines over Shap and Beattock. Further local lines proliferated round the coast to serve the burgeoning coal and iron industries of west Cumberland and Furness. Over the Pennines came the Stainmore line from the Durham coal fields, and the Settle & Carlisle line of the Midland Railway.

As well as locomotives and rolling stock, we are interested in stations, signalling, infrastructure and operations - and the men and women who made it all work. The aim is to help modellers, preservationists, historians and those with just a passing interest in the railways of Cumbria.

More information about our services and activities (journal, books, meetings, chatline etc) can be found on our website. Thanks for visiting!
Featured Galleries & Collections

The end of the Waverley Route 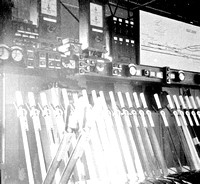 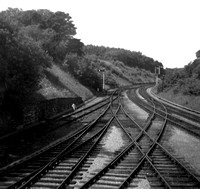